*Artists are available for interview

For over a decade  now, artists who call themselves Stuckists have held annual protests dressed as clowns to mock the Tate Musuem's Turner Prize selections, called multimillionaire conceptual artist Damien Hirst a plagiarist, and in general criticized the elitist approach to art. Their call for art to be an inclusive, spiritual activity has gained many followers; there have been 237 Stuckist groups founded in 52 countries. Exhibits of Stuckist work have been shown around the world, most recently in Tehran, Iran. In January 2014 Stuckist artists from across Europe and the United States will have work displayed in Phoenix, Arizona's Trunk Space Gallery.

"While the aristocratic  art world might be setting sales records, the visual arts are suffering a crisis of relevance in everyday life," says show organizer Richard Bledsoe. "Many artists working today are focused on substituting hype, networking and baffling jargon for actually making expressive art capable of connecting with people.  I admire the Stuckists for making a stand that both creating and experiencing art is for everyone. The Stuckists have made the grassroots a global phenomenon."

"International Stuckists: Explorers and Inventors" features Stuckist artists from England, Wales, Spain, France, the Czech Republic and New York City, as well as independent artists from Arizona. The show will be opening January 14, 2014 at the Trunk Space, a multimedia arts venue established in 2004. The art movement Stuckism was founded in 1999 in London by Charles Thomson and Billy Childish. Richard Bledsoe is a Phoenix Arizona painter and writer; he was a founding member of cooperative gallery Deus Ex Machina (2007-2012). 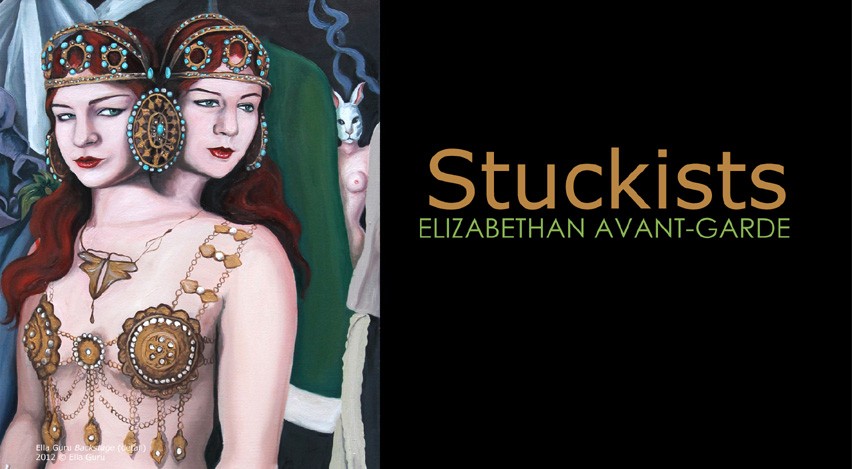 An alternative to the vomit-inducing Turner Prize

The Stuckists – once the outcasts of the artworld – are taking another step to serious recognition in a forthcoming show, Stuckists: Elizabethan Avant-Garde. It takes place at the Bermondsey Project at the invitation of the resident curator, world-renowned critic, Edward Lucie-Smith.

The show opens on 5 October, the same week as the Turner Prize, which the Stuckists are well know for their opposition to, and have demonstrated against since 2000, often dressed as clowns. It runs 5 – 21 October.

1. Stuckism is now, whether one likes it or not, an important part of the British art scene, and the barrier that used to exist between Stuckism and the rest of the British contemporary art world has started to break down.

3. The Stuckist movement has been remarkably durable, and now has an undoubted place in the history of British 20/21st century art.

4. It has also established itself as an international art movement, largely through an intelligent use of the Web.

5. It is democratic and anti-elitist (good reasons why I tend to support it).

6. There is no such thing as a recognisable Stuckist style, imposed by an art guru or group of art gurus. Within the boundaries of opposition to Conceptual artworks, which are purely intellectual structures; and even more so, of opposition to art that is manufactured by others, and not by the artist himself or herself, Stuckist artist do what the creative spirit moves them to do.

He added, “But, while I am sympathetic to many aspects of Stuckism, I am not in fact a Stuckist!”

As well as paintings by over 30 Stuckists artists from the UK and abroad, Lucie-Smith is taking the opportunity to present his own homage to Tracey Emin and Damien Hirst. Emin is represented by neon signs purchased from Ebay for £20 each, one of which says, “Tracey’s Room” and another shows sex positions. Hirst’s trademark “spots” are as found on various commercially-marketed items, ranging from a Tesco toilet seat to a £3.50 Sainsbury table covering.

The presentation of these objects lies within the tradition of the Readymade, founded by Marcel Duchamp, who is presented in all histories of the Modern movement one of the most important 20th century avant-garde artists. The toilet seat, for instance, is a direct successor to Duchamp's most celebrated work, Fountain – a male urinal bought direct from commercial plumber's stock. All the items in the current show are regularly available for purchase from major manufacturers, at extremely low prices. In no case are they attributed in any way by the manufacturers to any artists.

Stuckism was founded by Charles Thomson and Billy Childish in 1999 with 12 artists to promote contemporary figurative painting and oppose conceptual art. It has since grown to an international movement of 233 groups in 52 countries. The name was coined after Childish’s ex-girlfriend, Tracey Emin, said he was “Stuck! Stuck! Stuck!”

Edward Lucie-Smith and Stuckist artists are available for interview.