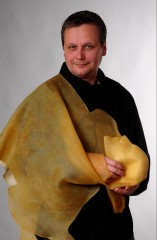 He is a sculptor from wine-growing region of Southern Slovakia, from a municipality where descendants of Czech brothers - Hussites live; they settled down here in the 15th century and established a strong tradition of Protestant belief.

Since his childhood, he lived in constant contact with family vineyard and his grandfather’s joinery workshop where he learned basic skills in working with wood.

He studied a secondary school in the field of metal working, so he started at AVU (Academy of Fine Arts) as a technically well-skilled student. Under guidance of prof. Karel Nepraš, one of the most distinctive Czech sculptors of the second half of the 20th century, he went through classical several year long study of the human figure, but he learned to experiment with new materials as well.

Some of his art works are a part of the collection of the National Gallery in Prague, his sculptures are in private collections in Germany, the Czech Republic, Slovakia and Poland. 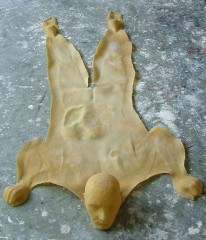