Stuckism is a radical and controversial art group that was co-founded in 1999 by Charles Thomson and Billy Childish (who left in 2001) along with eleven other artists. The name was derived by Thomson from an insult to Childish from his ex-girlfriend, Brit artist Tracey Emin, who had told him that his art was 'Stuck'. Stuckists are pro-contemporary figurative painting with ideas and anti-conceptual art, mainly because of its lack of concepts. Stuckists have regularly demonstrated dressed as clowns against the Turner Prize. Several Stuckist Manifestos have been issued. One of them Remodernism inaugurates a renewal of spiritual values for art, culture and society to replace the emptiness of current Postmodernism. The web site www.stuckism.com, started by Ella Guru, has disseminated these ideas, and in twelve years Stuckism has grown to an international art movement with over 237 groups in 52 countries. These groups are independent and self-directed. 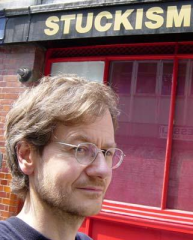 Against conceptualism, hedonism and the cult of the ego-artist.

We further call for the policy of entrapping rich and untalented students from at home and abroad to be halted forthwith.

We also demand that all college buildings be available for adult education and recreational use of the indigenous population of the respective catchment area. If a school or college is unable to offer benefits to the community it is guesting in, then it has no right to be tolerated.

The following have been proposed to the Bureau of Inquiry for possible inclusion as Honorary Stuckists: 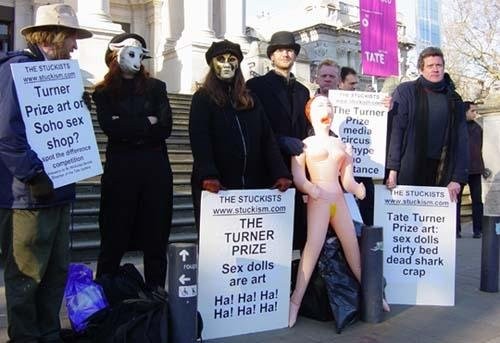 Prague-stuckist group was founded in 2004. It was the first stuckists group in eastern Europe. 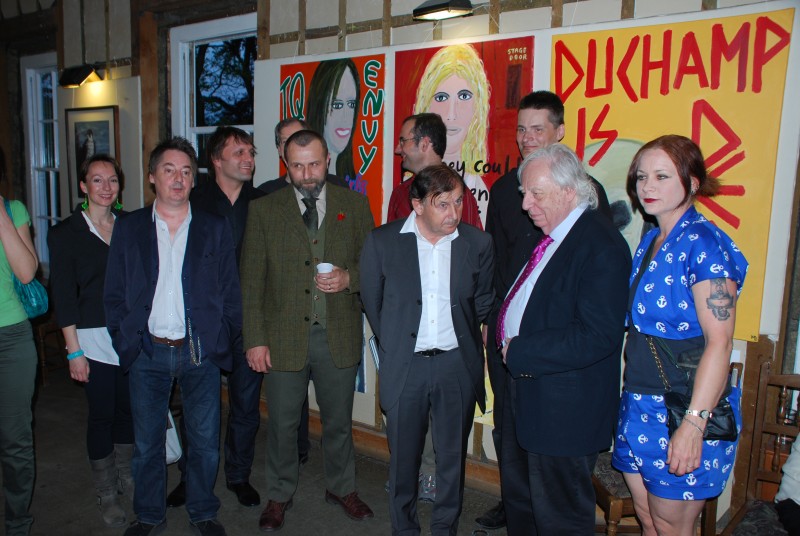 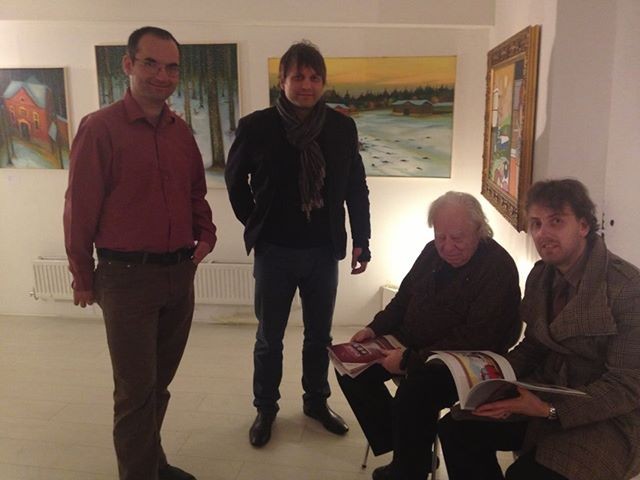 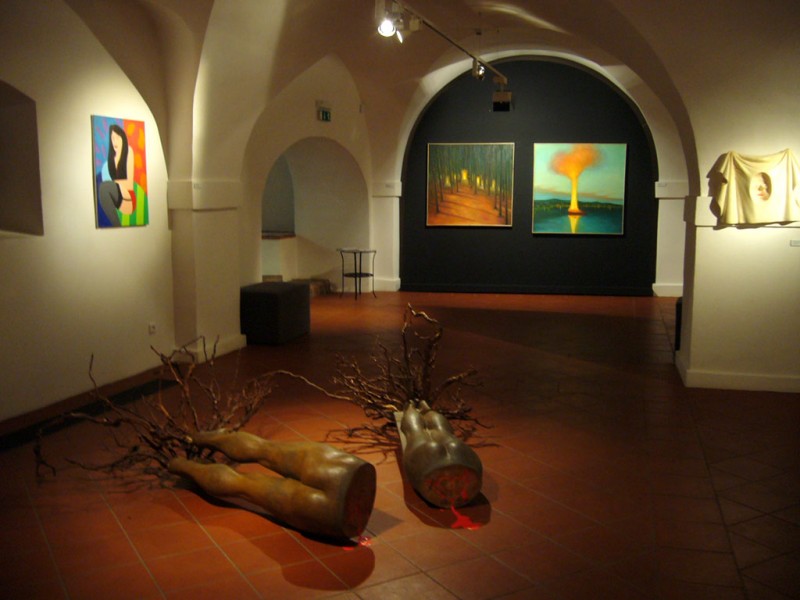 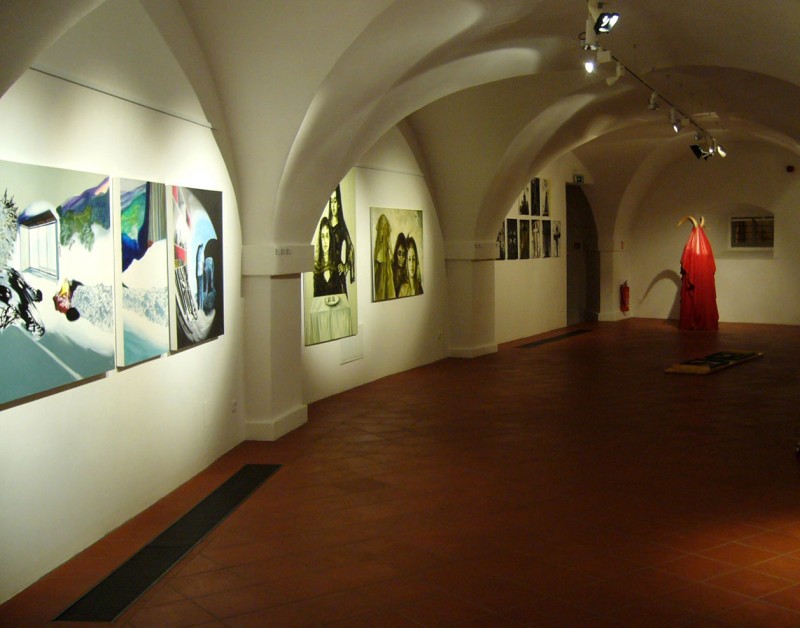 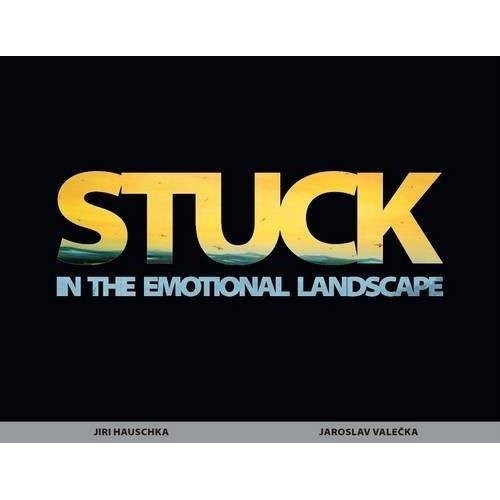 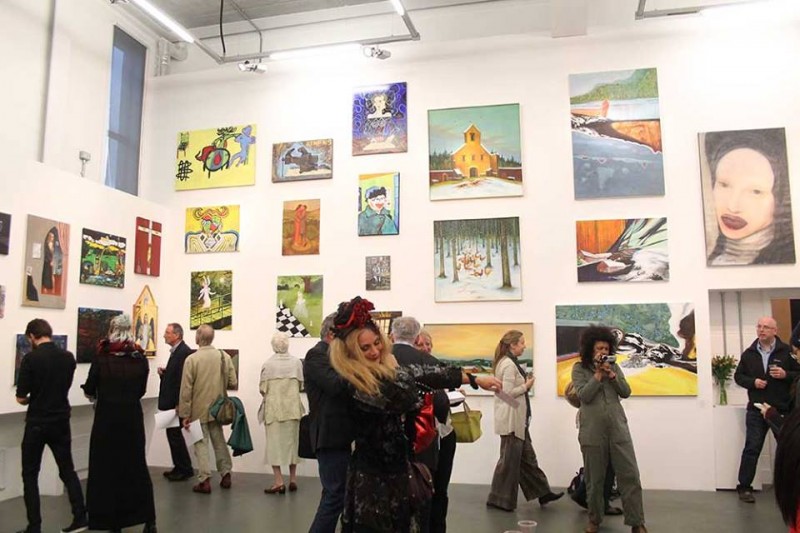 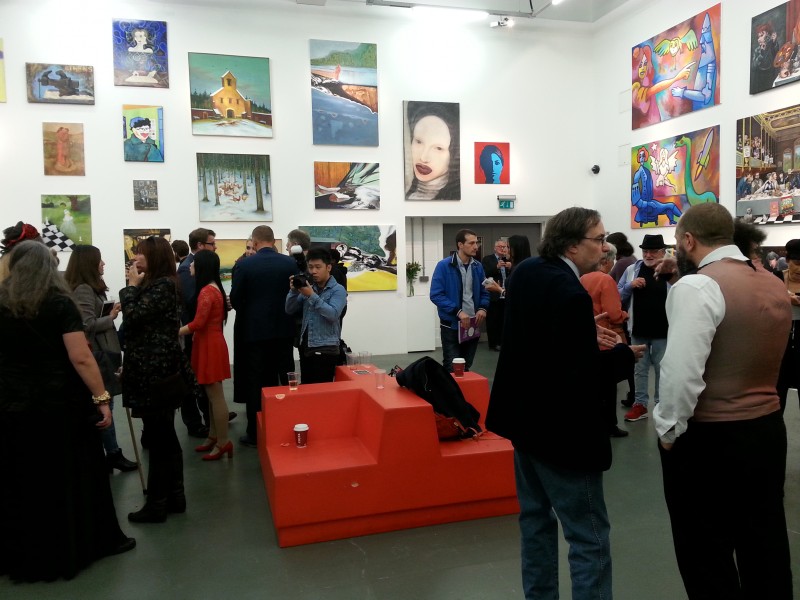 STUCK in the emotional landscape catalogue

STUCK in the emotional landscape